This series of children’s books is bringing Britain’s steam-powered past to life, and delighting readers of all ages. Victoria’s Torton Tales tell the story of a road-going, steam-powered traction engine, who works in and around the fictional English town of Torton. Through her adventures, Victoria the traction engine helps her friends to achieve their goals, as well as showing exactly what a traction engine does and how it works.

Created and written by Hampshire-based children’s author Wendy Wakelin, Victoria’s Torton Tales are proving huge hits with children aged between 3 and 9 years old, as well as older generations who enjoy reading the stories to young family members. The books create a pastoral image of Britain from the past, bringing children’s imaginations into play and helping them understand the world as it was before the advent of today’s technology. The themes of friendship, doing your best, and helping one another also run through each story, helping children establish stronger bonds with all the people who matter the most.

With loveable characters and charming settings, it is little wonder that these books are proving so popular. Author Wendy said: “Parents and grandparents alike have commented that their children love these books. I’m delighted.”

So far, there are four heart-warming stories available in the Victoria’s Torton Tales series: 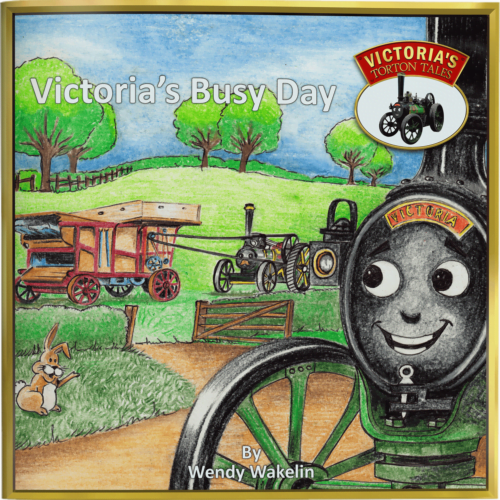 Victoria the shiny green traction engine loves nothing better than helping out with the harvest on Mr Andrews’ farm. She enjoys working hard, and she gets to have fun too, working with her good friend Albert, a cheeky little engine. The pair have a busy and enjoyable day in the sunshine. But when Victoria heads up to Mr Andrews’ barn to have her trailer unloaded, she gets a big surprise. What will it be, and how will Victoria react? 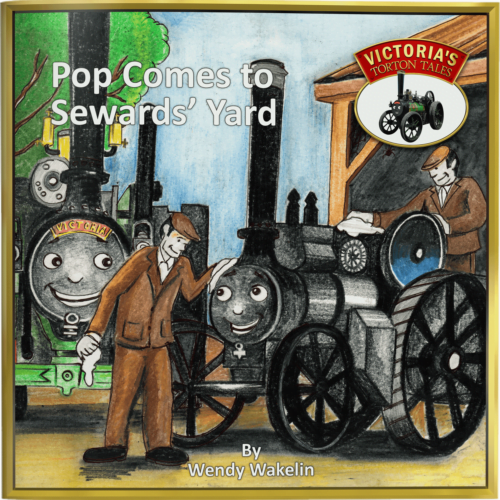 Pop is a little traction engine who has lived alone in a dark, damp barn for a long time. He longs to be out working in the sunshine again, but his safety valve is broken, and nobody seems to have time to fix him. Victoria persuades her owner, Mr Seward, to take a look at Pop so he can work again. Will Pop be able to achieve his dream of living and working alongside his friends? 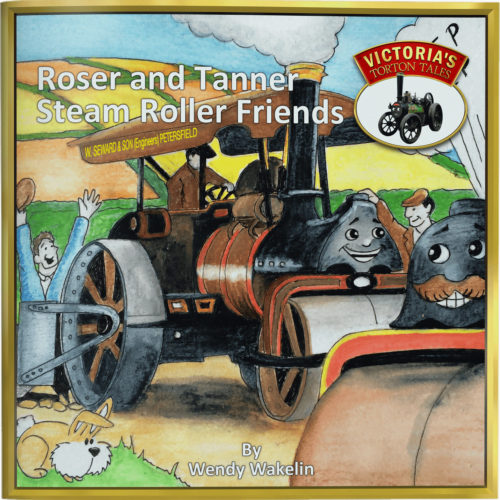 Best friends Roser and Tanner are steam rollers who live with Victoria and the other engines at Sewards’ Yard. Today the pair are very excited as they’re going on a trip to repair the roads in a neighbouring village. They both love to work hard making the roads smooth again, but experienced Roser always seems to get the best job. Today chatty little Tanner wants to use her scarifier, too. Will Mr Seward let her try, and will she succeed? 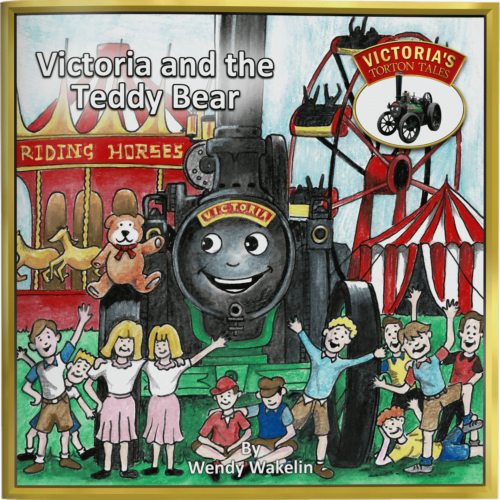 Victoria and the Teddy Bear

Victoria is very excited to be attending the children’s Teddy Bears’ Picnic party, but she doesn’t have a teddy bear of her own to take with her. She really wants her own teddy bear to make the day perfect for her and to be her best friend forever, but nobody has ever seen a traction engine with a teddy bear. Will Mr and Mrs Seward take Victoria’s request seriously? And is there a perfect bear out there looking for a friend, who can accompany Victoria on her visit to see the children?

These delightful books feature beautiful, colourful illustrations and are available in large format, making it easier for children to read them with parents or grandparents. The sweet world of Torton can be brought to life when reading becomes a family event, helping children to discover a love of books from an early age. There is also the option of having the books delivered along with a birthday card, which features a picture to colour in on the inside.

Victoria’s Torton Tales become even more appealing when you learn that some of the characters are real! The character of Victoria is based on a real steam traction engine, also named Victoria, which was built in 1886, and originally owned by the real-life Mr Seward in Hampshire, UK. Author Wendy Wakelin and her family have owned the real Victoria since 2002, and today she makes guest appearances at steam events in the UK, bringing delight across the generations. This offers fans of the books the opportunity to meet the real Victoria, transporting them to the world of Torton and bringing the stories to life even more!

With several successful children’s book series concentrating on elements of the past, Victoria’s Torton Tales builds on this tradition while introducing young readers to the steam traction engine, which worked on roads and farms rather than the railway. This enables the author to position Victoria in a wider variety of settings, helping children to gain a better understanding of the past while still being able to relate to the characters in the present. The timeless themes of friendship and the importance of trying hard are relevant to readers of all ages, and new readers are consistently discovering and enjoying this joyful series.

All four titles in the Victoria’s Torton Tales series are available to purchase from the author’s website, https://victoriastortontales.uk/, and all good bookshops.

If you would like more information about Victoria’s Torton Tales, any specific titles in the series, or the author Wendy Wakelin, you can contact the author via email sales@victoriastortontales.uk. 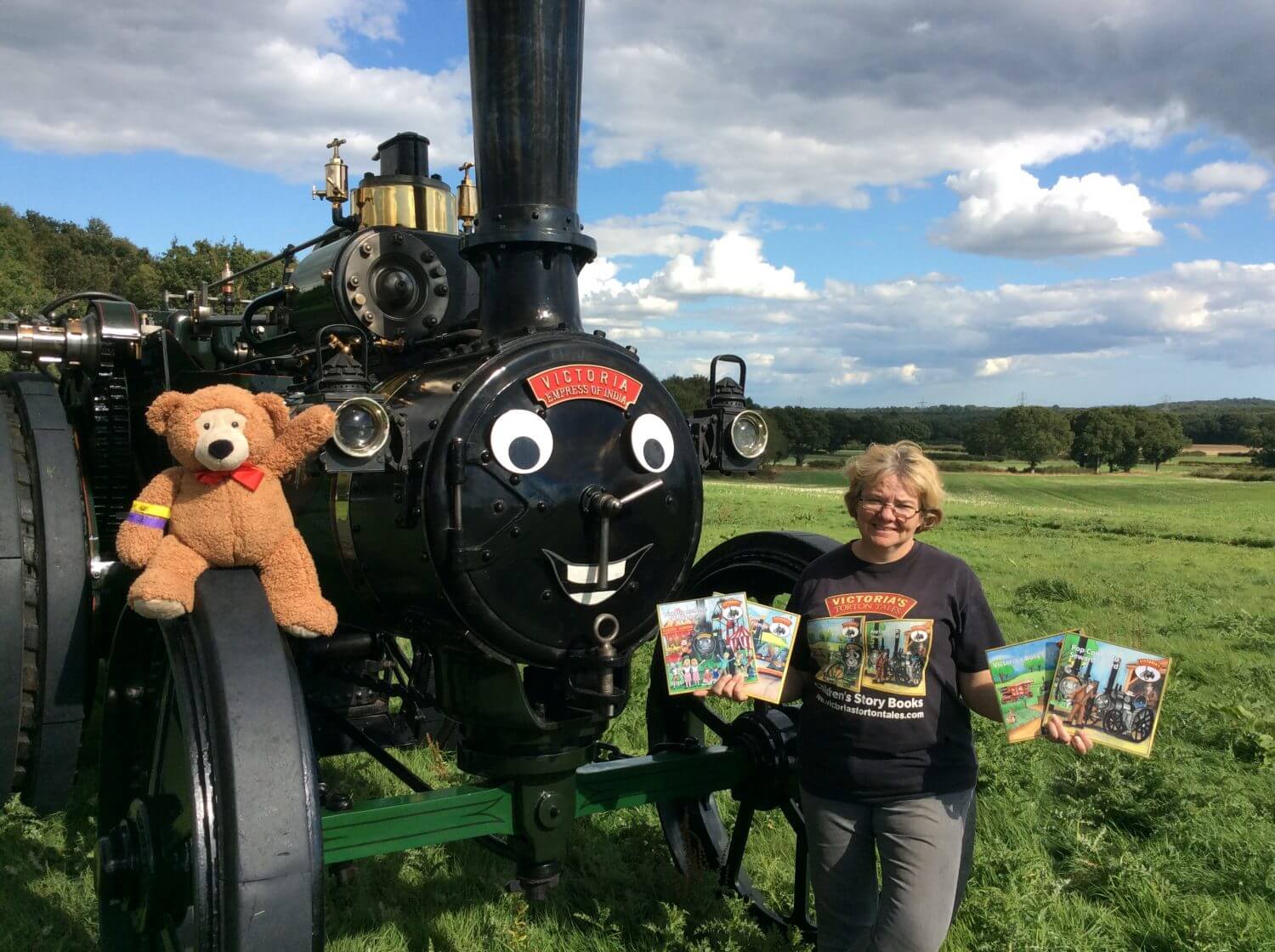 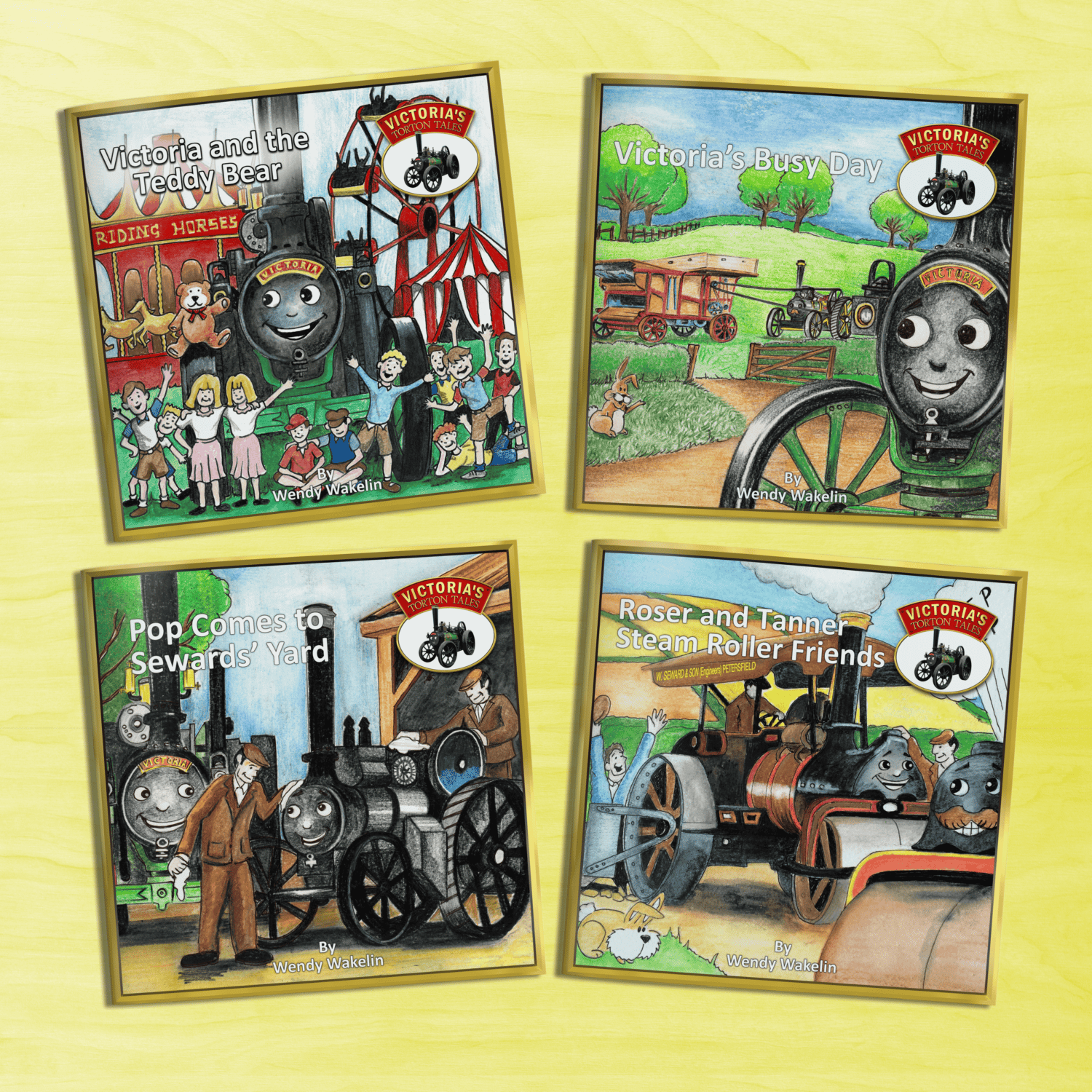 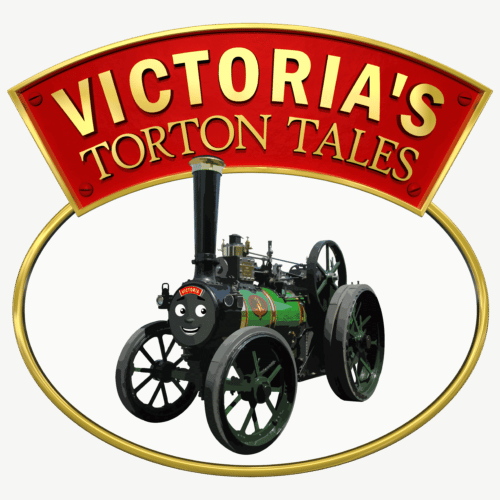