There are different types of traction engines, and Albert is a “General Purpose or Agricultural Traction Engine”, which means he works on the farms and pulls loads on trailers too.

When he’s working he usually has a long belt around his flywheel that goes to different types of machines. As his flywheel spins the belt moves a wheel on the machine it’s connected to. Albert provides the power to make the machine work.

He’s a strong engine and has compound cylinders, which means he has two cylinders that use the steam from his boiler twice, instead of once like a single cylinder engine does.

Like most Agricultural Traction Engines, Albert has a spoked flywheel, and no roof or canopy over the footplate where the driver and steersperson stand.

Albert’s favourite thing to do

Albert loves working with his threshing machine, in the fields around Mr Seward’s farm! 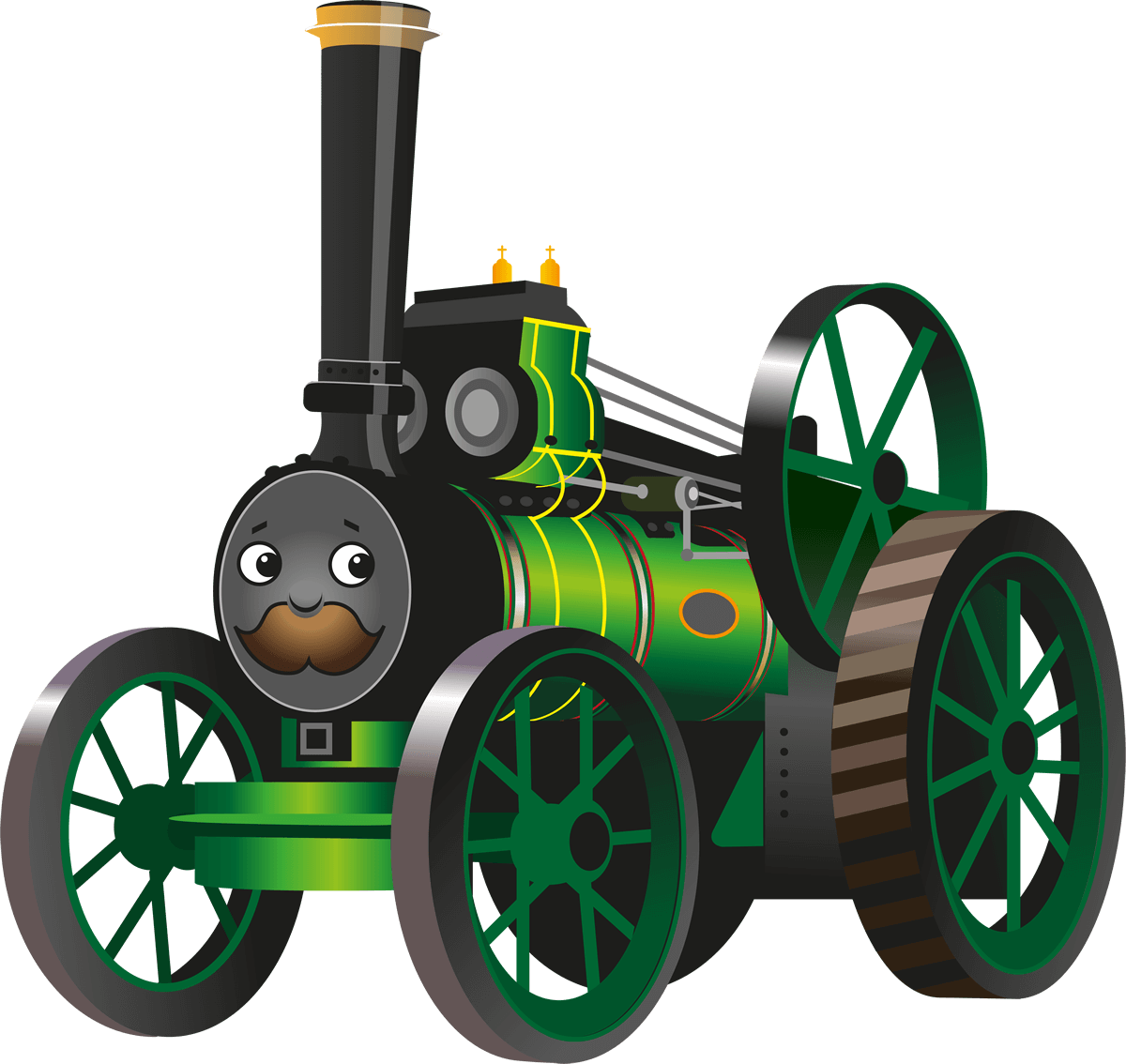 Have you seen these Albert gifts?