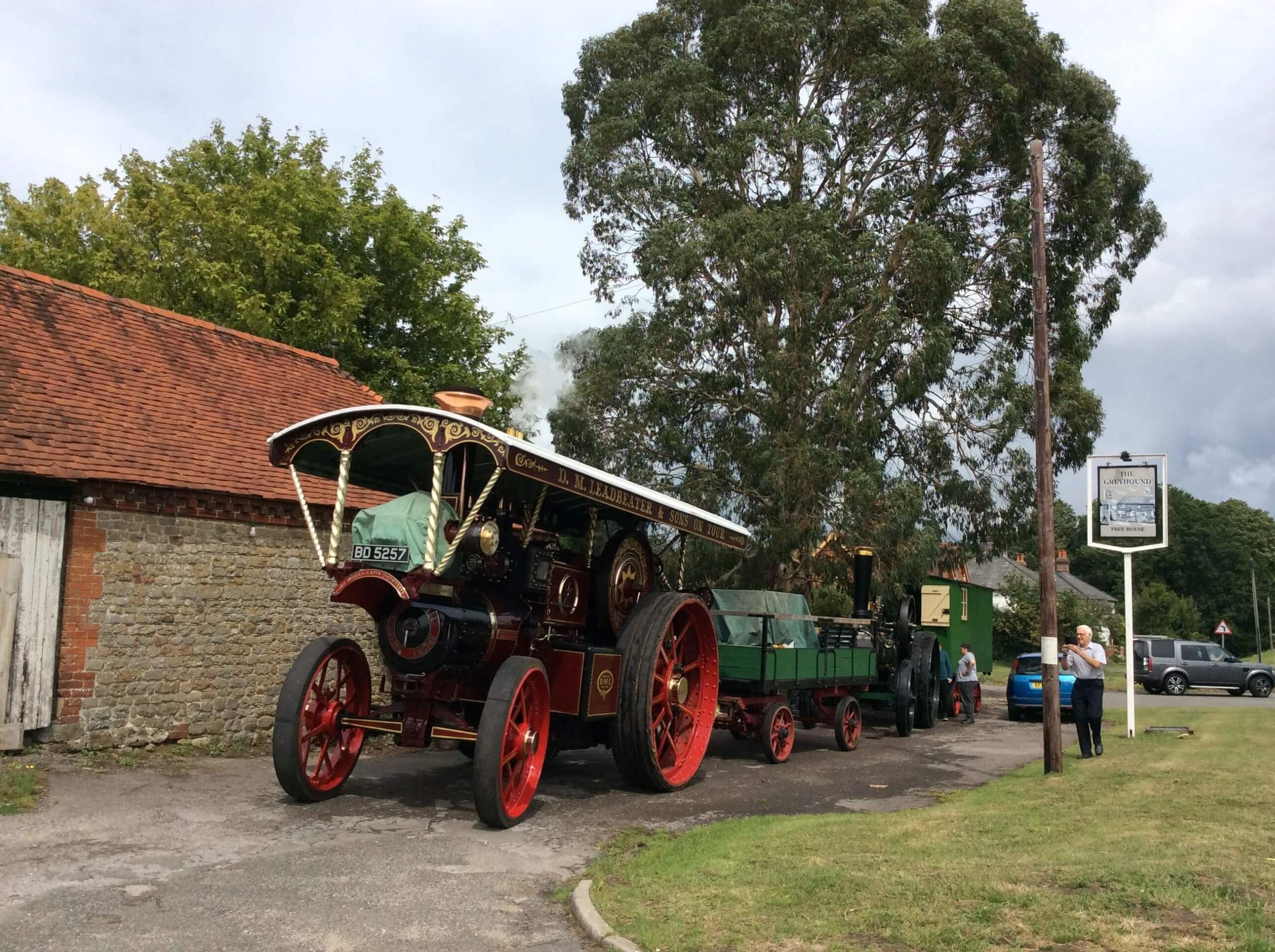 Victoria heading to her next event

Sunday 11th August Victoria was on the road travelling to her next event. She was joined by her friend Lady P and they had a great trip, here is their story of their adventure.

It was an early start for Victoria on Sunday as she was off to The Weald and Downland Museum in Singleton, West Sussex, England for her next event, she was joined on the journey by her friend “Lady P”. They both had fires in them at about 8am and while they were warming up and raising steam, Victoria and Lady were being cleaned so they looked their best for the day ahead. The crews on both engines were very busy, with Lloyd and Jack on Victoria, Kev and Keith on Lady P, while in the support car were Wendy, Harry, Teri and Jess the dog.

By 10.15am they were all ready to go, and with a big CHUFF they pulled out of the yard, Victoria towing her big living van and Lady P towing the trailer full of water and coal for the trip. They made their way along the road through some villages and towns, before they came to their first water stop, here both engines took on some water as ahead of them was a big drop into the next village before the long drag up hill out of the village. Soon they were on the road again, making good progress and without any problems they arrived at the lunch stop. Here, not only did Victoria and Lady have a drink, the engine and support crews had a drink and a quick bite of lunch too. It wasn’t far now to the rally field and so back onto the engines and onto Singleton.

It had all gone so well, both engines had been going great and the crews were having the best time but just as Lady P came into Singleton she decided to add a little excitement to the trip; her injector valve played up making it quite a steamy entrance into the museum! Just behind Victoria trundled in to see what all the steam was about.

We found our spot on the field and got Lady P into position so we could sort her out and see what was needed to be fixed, then it was Victoria and the living van’s turn. Victoria pulled the living into position ready for next weekend and then Victoria was parked up. What a great trip, the engines had given us a great day and arrived safely at the field – alright, Lady P had a little hiccup but nothing that can’t be fixed.

So if your want to come and see Victoria and her friend Lady P over this weekend, 17th & 18th August at Saddles and Steam, Weald and Downland Museum, Singleton. West Sussex, we would love to see you.

For more information on the event visit www.wealddown.co.uk/events/summershow/

Victoria waiting for Lady P to arrive so she could take on water.

Both engines taking on water out the cube on the trailer.

All the crews waiting and watching.

Victoria on the road heading towards Midhurst, West Sussex.

Lady P arriving at The Greyhound pub just outside Midhurst.

« Victoria out and about
Weald and Downland Museum Fun » 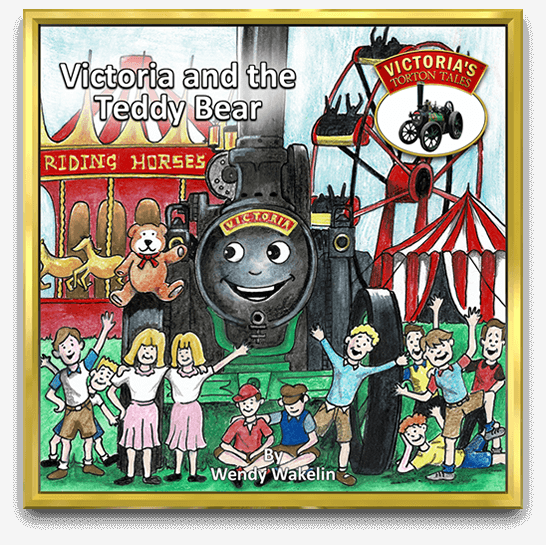