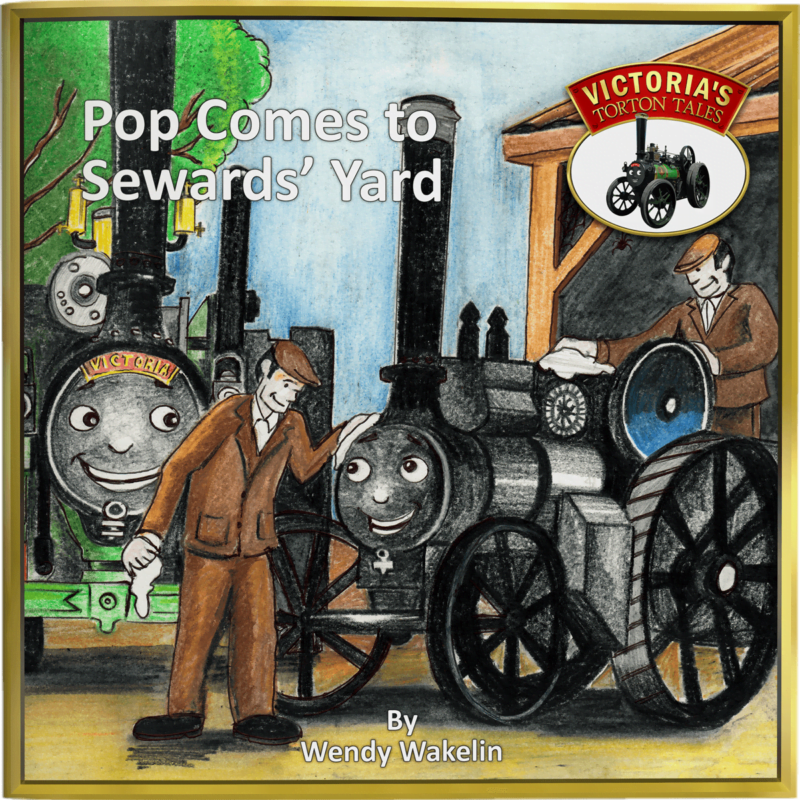 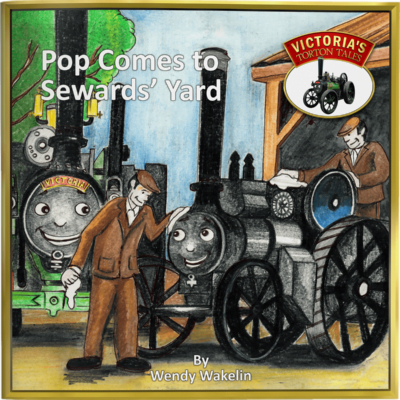 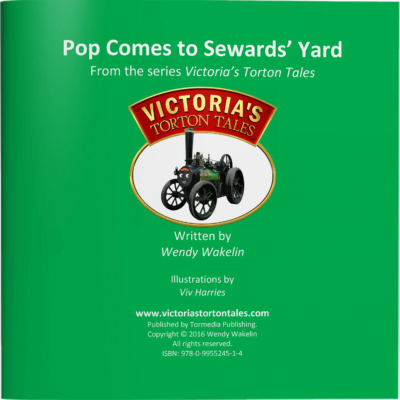 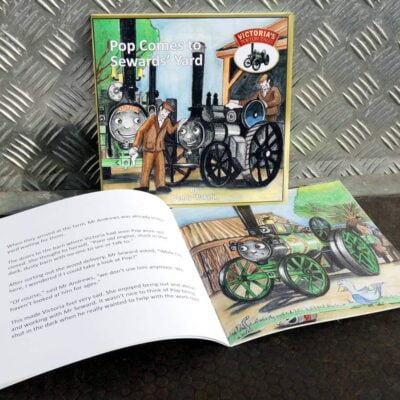 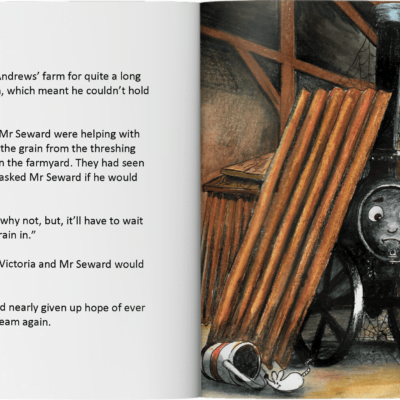 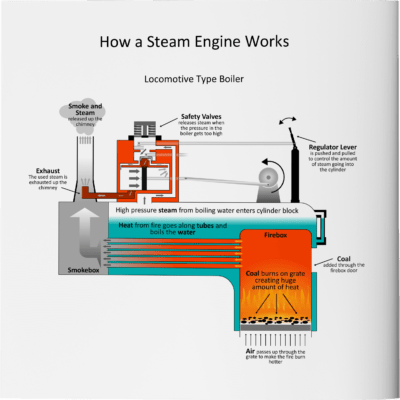 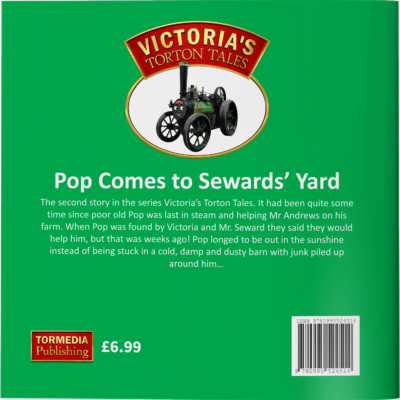 The second story in the series Victoria’s Torton Tales. It had been quite some time since poor old Pop was last in steam and helping Mr Andrews on his farm. When Pop was found by Victoria and Mr. Seward they said they would help him, but that was weeks ago! Pop longed to be out in the sunshine instead of being stuck in a cold, damp and dusty barn with junk piled up around him. Will he ever leave the barn again?

Pop the steam engine really wants to leave the barn that he’s been stuck in for so long. It’s damp and cold, and he’s surrounded by junk. He’d love to be out in the sun, working with his friends, but can he do it?

With a broken safety valve stopping him from holding steam, Pop is hoping his friend Victoria, and Mr Seward will help him. And indeed, Victoria is anxious that Pop gets help too, but when she asks Mr Seward, he appears to be very busy.

Pop Comes to Seward’s Yard is a vivid and cheerful tale that also introduces young learners to the fascinating world of steam traction engines. This second book in the series, Victoria’s Torton Tales, is packed with colourful, lively pictures. At the end of the book you’re even shown how a steam traction engine like Victoria works!

It is suitable for children aged 3+, or for steam fans of all ages. Its large pages also make it great for story nights among the family, or for a gift.

Parents and grandparents alike have commented that their children love this book.